Skip to content
Home » The Arrival of NFTs and Cryptoscams 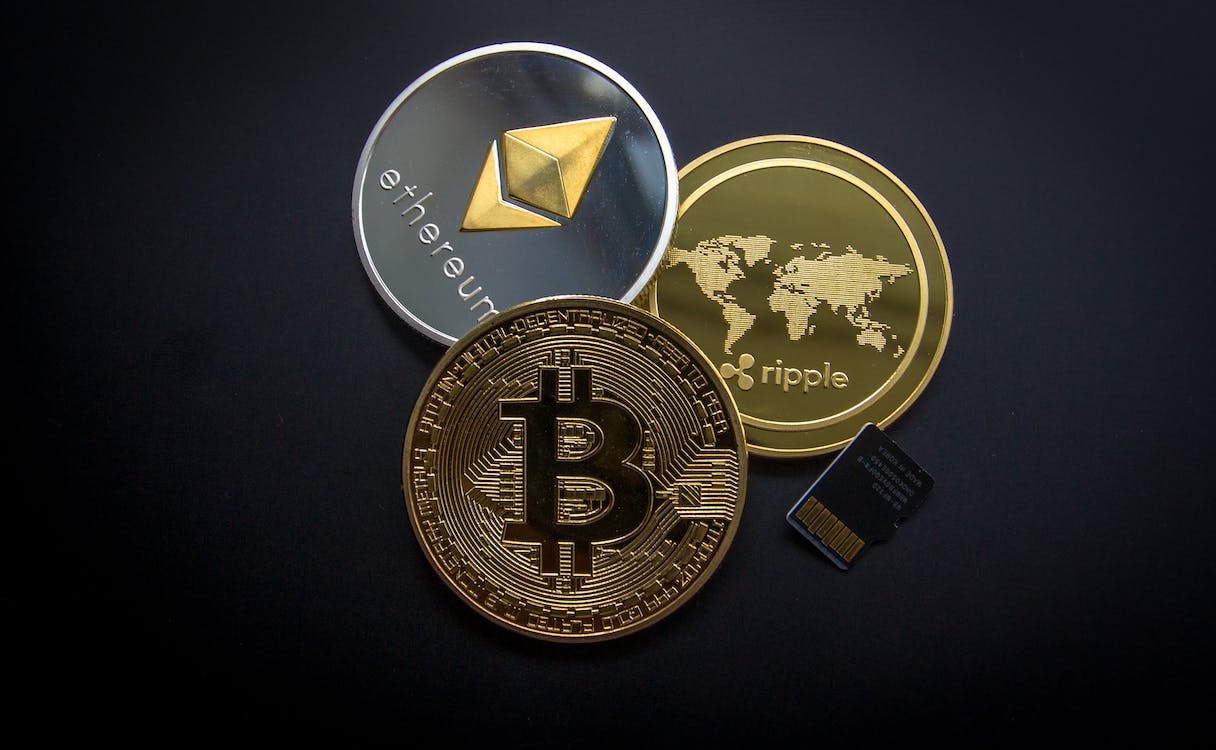 In March of 2021, a major auction purchase hit internet headlines and kickstarted the wave of digital gold-digging, or the arrival of the NFT market. NFT stands for “non-fungible token,” and I guarantee you’ve heard about it in some capacity if you have access to any social media platform.

Before I continue, I want to make it clear: I don’t support NFTs. They are, at their base, a rabid ponzi scheme rife with some of the most unsafe cybersecurity practices I’ve ever seen, littered with art theft, and are currently brute-forcing their way into the mainstream. I say this now, because I don’t want bots suffocating my coworkers, me, or Bytagig with their scams (NFT pushers notoriously make use of bots that sniff out NFT keywords and spam links to their discords). For those that hopped into this article and are pro-NFT in some capacity, please leave your “you just don’t understand” and cultish “ngmi” in the garbage can and be on your way.

With that cleared up, I brought up the $69 million NFT purchase to highlight how this all got started in a serious capacity. This purchase (on auction) was made by entrepreneur Vignesh Sundaresan, one who had a vested interest in crypto. Among things, this purchase was made to legitimize the value of NFTs and further put crypto in the public eye. It sort of worked. Crypto and NFTs are definitely in the public eye, but not for the better.

Covering the full history of events since March 2021 is something I can’t properly do justice. This rabbit hole goes deep. What I can do, however, is help you (hopefully) understand why NFTs are, by and large, massive scams, with insane promises of what they can do, and why they’re just another way for those with enough wealth and capital to find additional ways to make more wealth and capital. Cause you know, they didn’t have enough before.

Starting from the top

Every time I see NFTs popping up in the news or social feeds, it’s either some rich celebrity talking about their latest JPG or an NFT scam. Not a week since writing this article, OpenSea, the biggest hive of NFT images (and known for outright stealing digital art), fell victim to a phishing attack. Those affected lost, in total, about $200 million.

But I also can’t claim credit for my breakdown. That’s greatly in part to “Line Goes Up,” a two-hour breakdown of the rise of crypto, NFTs, and their dead-end direction. I thoroughly recommend it if you want an unapologetic, technical look at just how problematic this whole thing is.

For now, though, I’ll keep it simple to touch on some critical points about how value-less NFTs are. Remember, the entire premise is the idea that an NFT, a digital image, cannot be replicated and is wholly unique, as a physical object.

Say there are 500 blue chairs owned by 500 people. My blue chair has a few scratches on it and is missing a leg. It’s not worth much, but by all standards, it’s unique for those reasons. That’s what an NFT is trying to do. Except. . .

NFTs can be screenshotted, duplicated, and saved. There is nothing protecting an NFT from even the most basic elements which could somehow keep it “unique.” The idea is that it’s stored on the blockchain (another galumphing, clumsy piece of tech with limited use), but all the blockchain does is create a digital receipt of said NFT.

The internet has a good metaphor for this: it’s like having a picture of a star that says you own the star. But you don’t.

Why do I keep seeing big names purchase NFTs?

So, now you see this huge push by those with NFTs insisting on its value, mostly in tandem with cryptocurrencies like bitcoin (BTC) or ethereum (ETC). Celebrities do it too, and if they’re doing it, they must be on to something, right?

First, we need to briefly address crypto. Crypto was aimed to be an alternative, deregulated currency that somehow solved all the problems of current currency models. It’s been a decade since its inception, and it’s done none of those things. It does not, in any capacity, operate like currency. Its worth is speculative. You don’t trade your BTC today, because tomorrow it could be worth more.

Crypto can’t be spent. Outside of a few whale purchases in an attempt to legitimize it, you can’t pay your rent with it, not get groceries, pay medical bills, and so on. You can sell it to someone else in exchange for actual, functioning currency, though. “You can purchase my x amount of BTC right now for $200k, because tomorrow it could be worth $300k!”

This logic is fundamental to the modus operandi of NFTs. So, back to it, why do celebrities, musicians, and other “big names” make a big to-do about an NFT purchase? Once again, it’s an attempt to legitimize it, to make it seem like this is a normal, real thing that will be mainstream one day. Even commercials and ads are pushing crypto like it’s a thing everyone is suddenly doing.

But the core of NFTs and by proxy crypto is “leaving you holding the bag.”

Value doesn’t matter if you can’t sell it

Here’s the thing: it doesn’t matter how much speculative value a cryptocurrency or NFT is. If there isn’t enough capital injected into that particular “market” of NFTs, you can’t sell it. You need people who are interested and willing to be scammed – sorry, “invest” – to both create value for the NFT and ultimately make the trade.

In this transaction, someone is left holding the bag. Everyone wants to be the next big $69 million sale, and those invested in NFTs believe they’re just one ticket away from reaching millionaire status. And, consider it from another angle: if these things are so valuable, why are NFT holders always trying to get your “worthless” dollars? Thus, if you get mainstream attention on NFTs, such as “x celebrity just bought an NFT for 100BTC” or what have you, mainstream viewers might think “huh, well if they’re doing it, I should too!”

And thus, the NFT market hopes to drag in more liquidity and capital.

Like a modern ponzi scheme, theoretical wealth isn’t the worst part of the NFT environment. Scams and deception are rife within the NFT spheres. For example, I’ll point out one of the most infamous ones, dubbed a “rug pull.”

The rug pull sounds ridiculous because it’s so obvious. But with a convincing lie and promises of wealth and impossible features, many investors fall victim to these scams.

A rug pull works as such: an “owner” of a new NFT appears on the market. They rattle up interest across social media, discords, and anywhere NFT spaces are found, with promises of “to the moon” wealth and futures full of paradise. Some look at the NFT and think “that sounds plausible, I’ll invest,” and proceed to dump a certain amount of wealth into the NFT, typically in the form of cryptocurrency.

Then, after a while, the host of the NFT goes dark. They disconnect all platforms of communication and effectively run off with the money. And that’s it. Those who invested are scammed, and that’s it. Because cryptocurrency is deregulated, there are no protections to get their investment back. They were lied to, they invested, and the liar ran off with the money, simple as that. While smaller rug pulls are common, one of the largest saw a theft of $1.3 million.

Because all transactions are stored on a blockchain, the need to store this blockchain data continuously increases. The more NFTs there are, the more blockchain is used. More hardware, more processing power, and more memory. That means only those with enough capital to maintain this blockchain are the ones winning out (once again, the wealthy or those just looking to make more, not the economic downtrodden cryptocurrency and NFTs promised to help).

And, as you can imagine, the power needed for this adds to an insane carbon load, making it an environmental hazard. In a world that is spiraling into devastating, widespread climate change, it’s something we don’t need. And I’m barely scraping the surface.

I’ve said a mouthful and then some, and even then, only just touches on the root problems of NFTs and by proximity, cryptocurrency.

About ten years ago the idea of a new currency was indeed interesting. But since then, it’s failed to show any validity as a worthwhile exchange currency. Or, it did, but on illegal online trade networks by the now-defunct Silk Road. Today, it’s largely rooted in scams and ransomware demands.

As for NFTs, I hope I’ve made a simple, but an understandable breakdown of the problems overall presented by them. More so, given how incredibly unsafe they are and the infestation of scams presented with nearly every “new” NFT.