Microsoft Mesh sets up a new way to interact in meetings 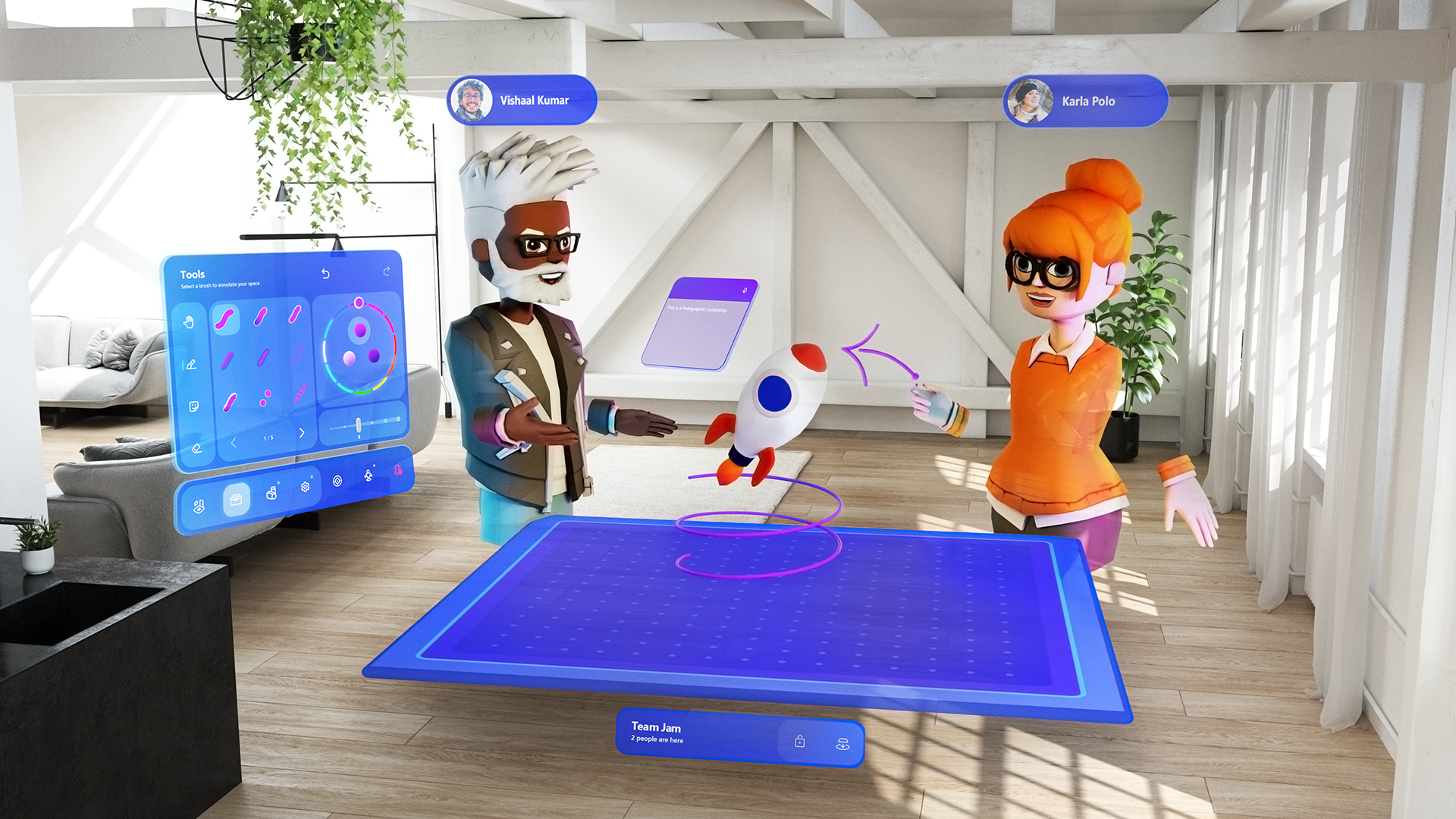 For a while, virtual reality was a concept localized to entertainment media. The ability to craft 3D avatars and wander around in virtual worlds is a fun concept but didn’t have adoptions beyond that. However, continued trends, remote working needs, and new business environments are changing that.

Microsoft, in specific, is paving the way for a totally new focus on virtual environments, cooperation, and its Team software. With the release of Windows 11 which brings in more resources for online collaboration, they’re also adding ways to meet in virtual environments. However, users won’t need pricey VR headsets, just a compatible device. Microsoft’s VR app environment is called “Mesh,” and will allow users to interact in a digital environment with 3D avatars.

Microsoft calls Mesh a “mixed reality platform,” which is a business-friendly way of saying VR. It allows for the implement of 2D and 3D assets, while integrating with Microsoft’s other collab tools like AltSpaceVR and HoloLens (Microsoft’s VR headset). Teams already serves 250 million users in total, so this application will be a welcome tool.

For professional reasons, Mesh can provide a whole new dynamic to meetings and work environments. Considering the need for remote infrastructure, staff are at a disadvantage when it comes to communication. For example, if two departments need something in remote environments, it means staff must connect through a platform and get the associated information. In chat programs, it’s easy for delays to occur, along with misunderstandings, interruptions, and missed files.

Consider the presentation element to meetings as well. Over platforms like Zoom or Slack, video conferences can only provide so much detail. There’s power in visuals too, of which are difficult to utilize over chat calls. But a virtual environment simulates all the necessary things in a meeting environment. As Microsoft puts it, an “immersive environment,” which can make all the difference when translating information.

When will Mesh be available?

Microsoft aims to have Mesh released in early 2022, along with a bigger emphasis on empowering virtual environments. While no price point has been mentioned, likely it will release in different packages as a SaaS model, such as they do with Office.

But “Mesh” isn’t the only VR environment looking to enter the professional world. Tech-driven companies are eager to get their foot in the door and create virtual remote environments. The corporate-themed term is “metaverse,” but it’s ultimately virtual reality with a different title and purpose.

Mesh wants to separate itself from the fold by offering more engagement options and facilitating an “immersive experience.” In other words, as close to the real thing as possible. But, the inclusion of avatars and 3D environments, they say, will help reduce fatigue. Even in remote environments, a constant online-meeting presence is tiring. Which makes sense – imagine how you normally feel after maintaining full concentration on something for upwards of an hour.

Aside from that, the benefits of remote agility are too good to give up. Most business entities see the writing on the wall and understand remote and hybrid environments are the way to go. The versatility combined with our increased reliance on technology make it a natural outcome for IT-driven work.

But, trends like these won’t come without their risks. Big questions surround data and info trails. How secure are these environments? VR office spaces could give malicious parties, for instance, a whole new way to steal and siphon information. Protecting identities too in these spaces is also critical.

Regardless, concepts like Mesh are bubbling to the surface, and we’ll see their implementation over the next several years. With tech giants like Microsoft helping establish trends, it’s also likely other SMBs will follow suit too.